Do you take on other people’s worries? 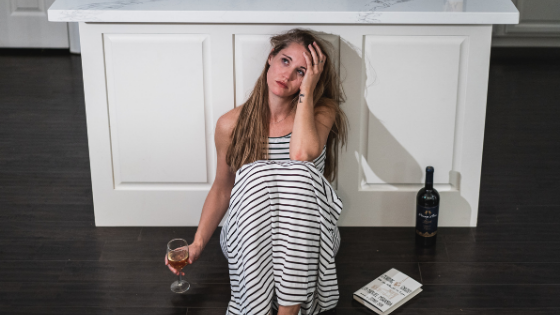 It’s our choice. We need to choose not to take on these worries and hand them back to their rightful owner.

In his book, The One Minute Manager Meets the Monkey, Ken Blanchard talks about not taking the monkey in the first place.

If you’re a leader or manager, staff will come to you with their problems. You take all their issues on board, often without even realising it. Suddenly, these problems aren’t their problems anymore; they’re yours. Essentially, they’ve taken the monkey off their back and put it onto yours. Not cool.

That’s why it’s so important to delegate effectively. Otherwise, your back can be overwhelmed by monkeys!

What’s in your bag?

My daughter has a book called The Huge Bag of Worries. It’s about a little girl who wakes up one day with a bag full of worries underneath her bed. She tries to shake it off and get on with things, but the bag follows her, getting bigger and bigger. She tries to ignore it, throw it away, give it away, pop it in her locker and lock it in the cupboard, but somehow, the bag keeps re-appearing. She asks her brother if he can help her, but he says he is too busy playing computer games, and what does she have to worry about anyway?

The girl ends up in tears. As she sits outside her house, not sure what to do, her kindly old neighbour comes along to see her. The girl tells the neighbour about the bag of worries. Seeing the girl so upset, the neighbour suggests they open the bag and look inside. The little girl is afraid, but she agrees.

When they open the bag, half the worries disappear with the light of day. The neighbour takes some worries to deal with herself and sends away the ones too small to worry about. The little girl is left with only the worries a little girl should have, no longer burdened by other people’s concerns.

How does this relate to leadership?

I recently had a coaching session with one of my clients; we will call her Karen. Karen explained she had a direct report who kept handing over his work for her to deal with. He was, in a sense, giving her his worries.

But instead of handing them straight back (or realising what was happening), Karen took his worries and sorted them out herself. Sometimes, it was just easier that way. Other times, Karen didn’t even know she was doing it. And sometimes, she wondered whether her direct report was even capable of doing the task at hand. It could have been any of those things, but we wouldn’t know until Karen handed HIS worries back to him, where they belonged.

We kicked around some ideas and talked about what to do in those moments when it felt easier to give the answer.

Here’s what we decided to try …

You see, too often, we come from a place of knowledge instead of curiosity. This was not the case with Karen; most of the time, she didn’t realise her staff member was giving her his worry and, therefore, she gave him the answers. Remember the saying, “Give a man a fish, and you feed him for a day. Teach a man to fish, and you feed him for a lifetime.” After our coaching session, Karen taught her staff member to fish rather than give him the fish.

Does this sound like you? Do you feel the need to give the answers rather than help your people find the answers themselves?

If so, reach out! Let’s have a chat and see what we can do to help you kick that habit of taking on other people’s worries! 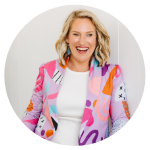