Has becoming a Mum changed you? 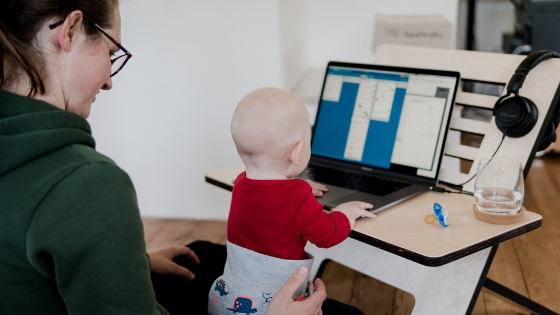 I love working with women. They often tell me that after having a baby, they feel as though they’ve lost themselves. They become confused about who they are. Are they a mum? Are they a working parent? Their sense of “me” is no longer clear. With more women having babies later in life, I suspect this issue crops up a lot.

Let me tell you about Tania …

Tania had a senior role in a large corporate organisation. It was at the time when “hot desking” was in vogue. She worked for the organisation for about 10 years when she was about to go on maternity leave. But as she packed her things, she was told to take all her work stuff home. This meant she needed several packing boxes, which her husband had to collect! Tania felt as though she was packing up her life and putting it into those boxes, never to be seen again. It made her feel worse than she already did. As a first-time mum, she was nervous, wondering how she would cope with staying at home and unsure about what was to come. Not the best experience.

After about four months, while at home on maternity leave, Tania’s colleagues and internal clients started “popping in” to see the baby – and to “pick her brain” about work-related issues. She felt like she was in The Twilight Zone. At about the six-month mark, her boss called to ask if she would come back to work early, as one of the organisation’s projects was not doing well, and they felt Tania was the right person to “fix” it.

That’s when Tania called me.

After we talked through the issues, Tania decided she really wanted to do the job. Although she would be cutting her maternity leave short, she could negotiate a staggered return to work and shorter days. Tania set firm boundaries so she could return to work in an organised way. This worked, and she concentrated on turning the project “the right way up”.

Still, something was missing for Tania …

She was caught between being happy to be back at work and wanting to be home with her daughter. She knew she needed to keep her brain ticking, yet felt that constant “tug” of her daughter being at childcare. Not only this, because her priorities had shifted, the work that had previously seemed super important to her was no longer as motivating.

Here are three things we did:

Tania and I worked through her strengths. We explored what type of role and organisation she wanted to work for, and identified her transferable skills. Through this process, Tania decided she wanted to change roles completely and try a new industry. She had her mojo and motivation back and actively started looking for a position that would satisfy each part of her life: loyal worker, mother, and wife.

We updated her LinkedIn profile, and Tania found it pretty easy to jot down 30 organisations she would have been happy to work for. She researched those companies and reached out to people to find out if the companies were as good in real life as they were on paper.

While corporate Australia is moving forward when it comes to maternity and paternity leave, I think we have a way to go to help women as they prepare to have their children, especially their first child.

I had been with my organisation for 10 years. I was valued as an employee, I was a solid organisational citizen, I was an engaged and happy employee, and my team was engaged and happy. But going on maternity leave for the first time was pretty daunting. I had no idea what to expect – there’s no mother’s manual (wouldn’t that be ace!), and you don’t actually know how you are going to go.

What makes matters more complicated is when you have waited a while to have a baby, and have pushed your career as far as possible before bub’s arrival. If this is the case, chances are, your identity is wrapped up in your career. You probably lack a more holistic approach to life in general.

It’s an exciting time when you are pregnant (especially with your first), but it can be daunting.

I was blessed with a great mentor, who helped me prepare for not using my work skills all day. She helped me realise that although I had no idea what I would be doing as a mum, I would certainly gain more confidence as the days passed (she was not wrong). She also helped me understand that it was okay to put my career on the backburner while I enjoyed the experience of being a mum, and who knew what I might have thought about my career after having my baby?

How about you? Have you had a similar experience, or are you preparing for maternity leave now?

After the baby comes and the dust settles, and you start thinking about returning to work, you may find that the passion and purpose you previously felt have faded. If so, it’s a great time to reach out your network, learn about other people’s experiences, and find out what your options are.

I’m always here to listen. Please get in touch at emma@emmamcqueen.com.au.